> Then Spoke the Thunder 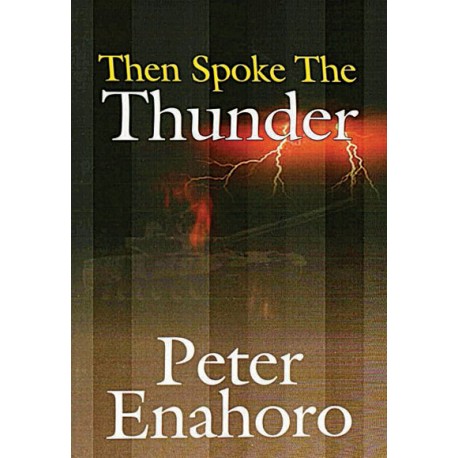 Then Spoke the Thunder

Enahoro’s Then Spoke the Thunder is an amazing book for its faithful historical account of some of the events that shaped the political landscape [of Nigeria ] in the 1960s whose ripples still reverberate till today.

Nigeria and Africa's foremost and respected journalist, Peter Enahoro finally came out with his long awaited autobiography, a 750 page treaties. The book is his personal account and reflections on the crisis of leadership in Nigeria, garnered over 50 years as a journalist in Nigeria and Africa, both as editor (and later Administrator) of The Daily Times and publisher of Africa Now Magazine.

The author was strongly opposed to the civil war. He wrote in the book that “The slaughters of a Civil War that should never have started, the deplorable use of starvation as a weapon of war, ands the ugliness of kwashiorkor would follow, and more people who were transparently honest in their intentions for their country would bleed for the father-land. All this would come to pass, as I once put it, in front of my back”.

“Enahoro was considered to be close to Gen. Aguiyi-Ironsi through some of his pieces that were merely agenda-setting for the new men in power, who he felt had begun to behave like the ousted politicians, but which were unfortunately misread. He was a marked man.

“The title Then Spoke the Thunder in chapter 13 is a chronicle of the two coups in 1966 and makes for interesting reading, as it lays bare some of the facts surrounding actions of the principal actors, how he became a target with soldiers knocking on his door and his decision to flee his homeland into the safety of exile.”